KBO Speaks to Public Radio about Status of Birds in USA 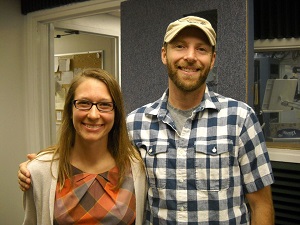 Klamath Bird Observatory staff members were interviewed this morning on Jefferson Public Radio’s news and information program the Jefferson Exchange about the status and health of bird populations in the United States. The interview followed closely on the heels of the release earlier today of the 2014 State of the Birds report: the most comprehensive examination of long-term trend data for birds in the USA ever.

The annual US State of the Birds report is produced by the North American Bird Conservation Initiative. Klamath Bird Observatory is a long-time contributor to these influential and high profile reports, starting with the initial report published in 2009.

Two key messages from the report were discussed during the interview: first, many bird populations have experienced significant declines in the United States, and second, conservation works where investments are made. The release of the 2014 State of the Birds report also coincides with the 100th anniversary of the extinction of the Passenger Pigeon. The story of the Passenger Pigeon is a cautionary tale that reminds us of how easily our natural heritage can slip away without due diligence and a commitment to conservation: both rescuing threatened species and working proactively to keep common birds common.

During the interview, KBO staff also noted that an arsenal of scientific data and tools exist that can be used to inform conservation priorities and actions. Unfortunately, the science that exists is not being used to its full advantage. The inclusion of bird monitoring and bird conservation into large-scaled management planning will help western forest bird conservation while also helping land managers better implement forest restoration priorities.