Landbird Monitoring in the Klamath Network 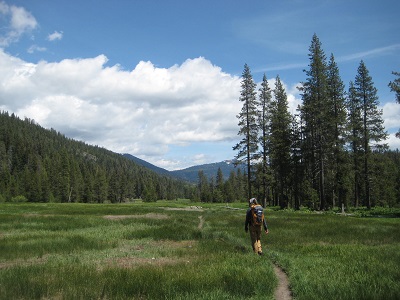 Landbird monitoring is an essential part of the Klamath Network’s Inventory and Monitoring Program. Landbirds are particularly useful indicators of ecosystem health. Landbirds vocalize their presence through song and many species can be monitored in a cost-effective way using a single monitoring protocol. Also, landbirds are diverse and an ecosystem must contain a large number of specific habitat components (e.g., dead snags for cavity nesting) in order to support a varied bird community. When ecosystem health deteriorates some of these habitat components disappear, and some bird species 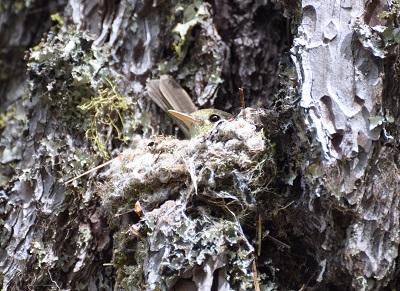 along with them. Thus, landbird monitoring provides a critical window into the vital signs of an ecosystem. The ultimate goal of this long-term monitoring program is to generate information and understanding that will enable the National Park Service to preserve its natural resources.