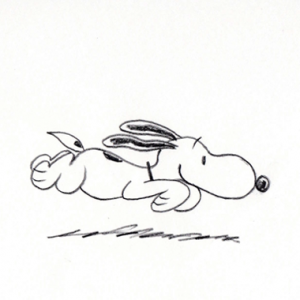 Klamath Bird Observatory is proud to present this special webinar with KBO Board Member, former PEANUTS director, and accomplished animator Larry Leichliter. During Larry’s live-action tutorial, you can try your hand at creating a simple animation of Snoopy, the lovable canine character from the PEANUTS cartoon, and his feathered pal Woodstock. The tutorial will be followed by live Q & A. We recommend that you have several sheets of your favorite paper and a pencil, pen, or other drawing instrument handy.

Tickets are available for a donation in the amount of your choosing. Suggested Donation: $10.00. 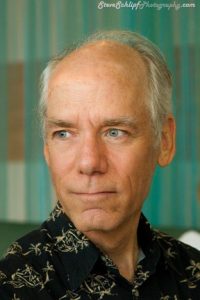 Larry’s first job in animation was working on Scooby Doo at Hanna Barbera. From there, he eventually went to Ralph Bakshi’s studio where he worked on two films before moving on to Bill Melendez Productions Inc. – creators, together with Charles M. Schulz, of the PEANUTS cartoons for TV.

The first show Larry worked on was the 1974 special, Be My Valentine, Charlie Brown. Larry spent over 20 years working with the Melendez “family,” starting as an assistant animator and eventually becoming an animator, then a director. He directed and co-directed many of the PEANUTS specials including Charlie Brown’s Christmas Tales and I Want a Dog For Christmas, Charlie Brown.

In 1996, Larry went to work as the director of Nickelodeon’s Hey, Arnold. He also directed episodes of Fairly Odd Parents, Chalk Zone, SpongeBob SquarePants, and The Mighty B while at Nick. At Cartoon Network, he directed Time Squad and was supervising director of Adventure Time, for which he received four Emmy nominations and won a BAFTA award (British Academy of Film & TV). In 2015, he won an Emmy for his work on Over the Garden Wall, a miniseries.

Prior to his move to Ashland in 2015, Larry spent three years directing Disney’s Sofia the First, a 3D computer-animated TV series.