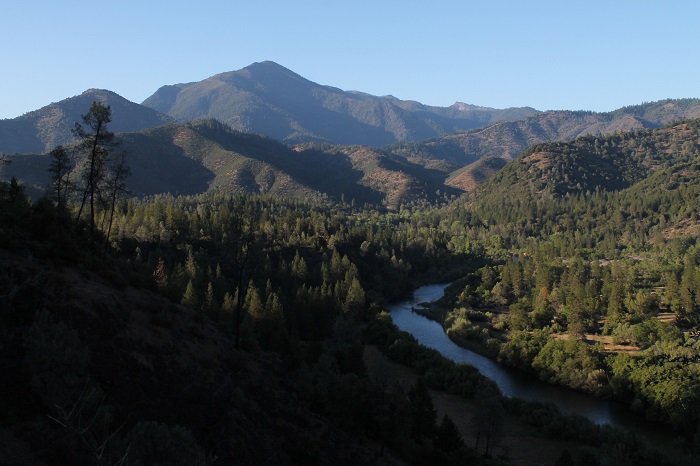 Recently, I went paddling for bird conservation on the Trinity River in northern California. I traveled here for ten days as a biologist for the Klamath Bird Observatory; my job was to conduct bird surveys by kayak along several stretches of the river, along with my field partner Frank Lospalluto, a pleasant and generous man with a vast knowledge of natural history.

Klamath Bird Observatory operates with the understanding that birds are environmental indicators. A landscape that can support healthy populations of native birds will have enough habitat complexity to support most other forms of wildlife. If some bird species are absent or declining, we can use knowledge about their species-specific habitat relationships to identify important habitat features that are likely underrepresented on the landscape. On the Trinity River, and in partnership with the Trinity River Restoration Program, Frank and I were monitoring birds as indicators of the quality of the riparian habitat. 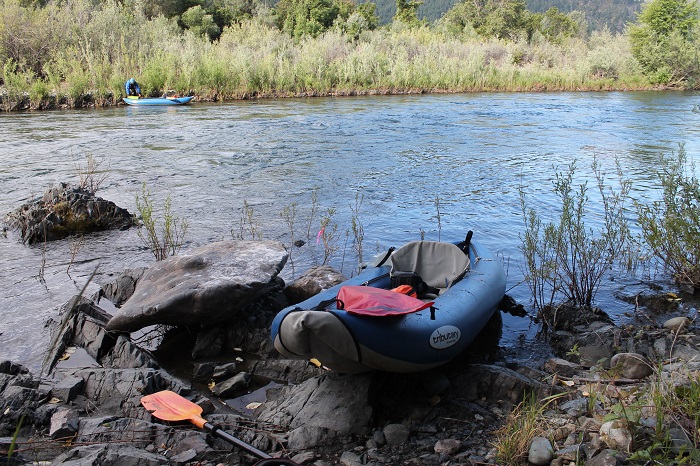 We started our work when it was still dark. I opened my tent flap each morning and walked out under a star-filled sky. I then drove to meet Frank at our put-in location for the day, where we unloaded and inflated our kayaks and organized our paddles, life vests, dry bags, clipboards, datasheets, GPS units, range finders, snacks, and extra clothes. At about this time the eastern sky was beginning to lighten. We then shuttled one of our cars to the take-out location, and returned to the kayaks in time to push off into the river at sunrise.

The mornings were cold and the humidity generated by the river added a penetrating chill. Splashes from rapids gave us our morning jolts. Each morning I watched with desire as the sunlight slid down the mountains to the tops of the nearby trees and then finally to the shores and the river and me. It was glorious coming into direct sunlight for the first time each day. Pleasant temperatures, however, were short-lived, and before long the sun climbed higher into the cloudless sky and blazed. 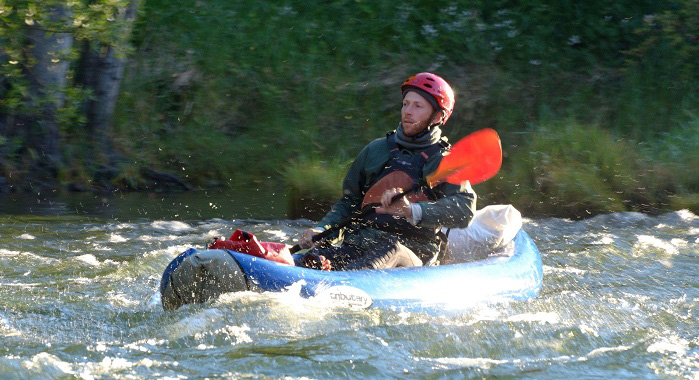 Frank worked one side of the river and I worked the other. We pulled ashore every three or four hundred meters to conduct our bird surveys. Song Sparrows, Yellow Warblers, Yellow-breasted Chats, and Tree Swallows were most common, and we also heard or saw plenty of Black-headed Grosbeaks, Warbling Vireos, and Orange-crowned Warblers, among others. We recorded every individual bird we saw or heard during a 10-minute period, and estimated their distances from us. Standardized data like these allow scientists to estimate bird densities on the landscape and determine the population sizes and number of species that a landscape can support. Once a point was completed, we signaled to each other across the river and then pushed our kayaks back into the flow.

There is an authenticity to field work that is refreshing. The field biologist wakes at the richest time of day and stays out in the heat and the wind and the rain. Field work can certainly be grueling, tedious, and uncomfortable at times, but it also offers bright lights of experience, like floating a few feet beneath an American Dipper nest located on the underside of a bridge, or watching bald eagles fly overhead. Interestingly, the field biologist spends his or her time in a community of life in which humans, if not altogether absent, are minor characters. Over time, the field biologist transitions from a visitor to a member of this new community. The inhabitants become more familiar and visible. You begin to recognize a Yellow Warbler from the first note of its song. You scan the sky for the Ospreys you know are nesting nearby. You know where to listen for the Black-throated Gray Warblers, where their buzzes and rhythms drift down from the uplands.