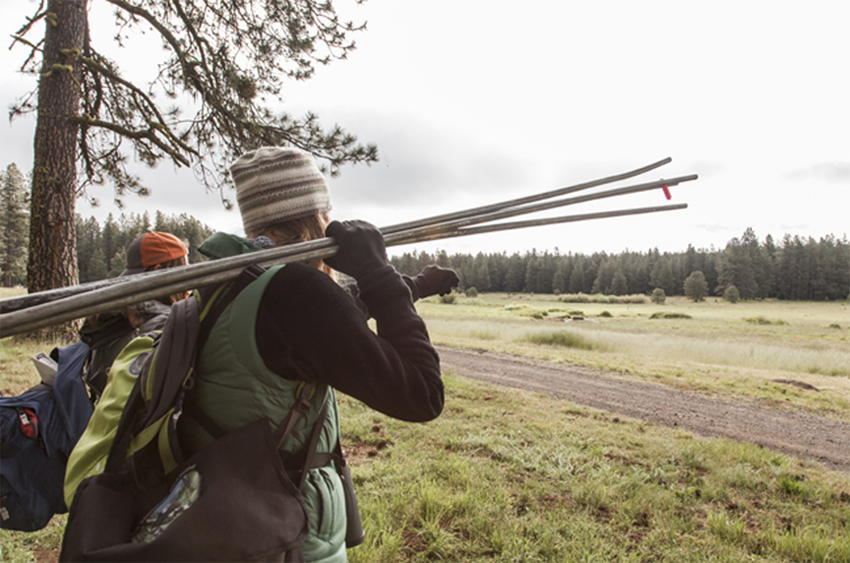 The small population size of Oregon Vesper Sparrow is well-documented, but the causes of its at-risk status remain speculative. As with most migratory birds, declines may be caused by habitat factors on their breeding grounds, wintering grounds, or migration stopover areas. This makes underlying causes difficult to pinpoint, but potential factors include: loss and degradation of habitat due to development, fire suppression, exotic species, and/or agriculture, or increased use of pesticides near grassland habitat. Oregon Vesper Sparrows may also be declining due to factors that affect small population sizes in general. Small populations lack genetic diversity and are less able to rebound after environmentally harsh years, breeding seasons with low productivity, disease, or natural disasters such as fires, floods, and drought.

To begin to disentangle these potential causes of population decline, a group of collaborators is contributing to a range-wide study to assess the factors limiting population size and inform conservation action. The four-year study will examine nest success, productivity, survivorship, recruitment, dispersal, and habitat needs to identify where within the Oregon Vesper Sparrow’s annual life cycle conservation actions are most needed. Klamath Bird Observatory’s work with the Rogue Basin population is being replicated by partners from American Bird Conservancy and the Center for Natural Lands Management in the Willamette Valley in Oregon, and the Puget Lowlands in Washington. KBO has also added exciting new components to this research in 2020, including using archival GPS nanotags and Motus automated radio telemetry, to track migration and survival of Oregon Vesper Sparrows (see Expanding Research with Cutting-Edge Technology).

Recognizing that conservation occurs across many fronts, KBO also nurtures an environmental ethic through community outreach and education. The integration of community science into our Oregon Vesper Sparrow research directly contributes to the science, while having the added value of raising awareness for this lesser-known and at-risk songbird (see Engagement and Education for more detail).